Now You Can Lose Your Map 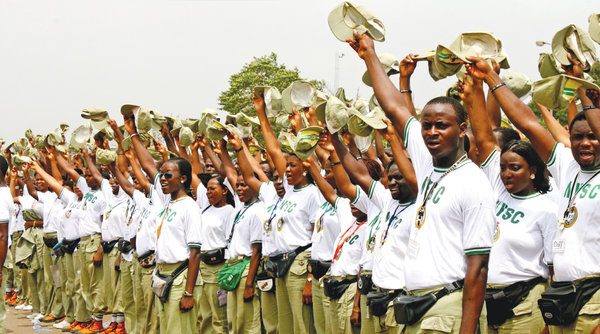 I remember breaking down in tears when I saw my NYSC call-up letter in March 2009. In that moment, I felt condemned to a slow painful death, or who sends a young girl all the way to Yobe when she’s been dreaming of life in Lagos Camp? Like everyone else who shared the same fate, I licked my wounds and prepared myself for a gruelling three weeks in Fika, and mapped out a redeployment strategy. A road trip seemed the most practical option, and I chose it.

You know how everyone seems to have a survival manual for you when they think they have been in your shoes, well I got many of those – the bus to travel with, what to take with me, how to dress outside camp and how to live in general. The good student in me absorbed everything and set out on what has been the longest road trip of my life’s till date. The journey lasted all of twenty two hours, and an unplanned night in Jos because of a curfew.

I always think of myself as a tough cookie who is prepared for the worst, but nothing prepared me for Yobe. The wind that hit me as I alighted from the bus was hot and dry. The flies were massive and I don’t remember feeling more helpless. My first thought was to ask God why He was punishing me. After spending the next few hours trying to settle in, I was shocked to see my bucket of water had been emptied. Ideally, that’s not a big deal if you are in Lagos where you have a borehole and probably running water. But in a desert place like Yobe where the only water available is from a 33,000 liter capacity tank supplied twice daily, then it’s a big deal. I spent the better part of the evening trying to get the Culprit to replace the water, the last bath I took was in Lagos. After what seemed like an eternity, I got water and had a bath.

The rest of my days in camp were just as challenging. From the fake fire drills, to roommates from hell, punishments in the midnight and bathing in the open, camp was anything but fun. I remember brushing my teeth one morning and the wind blew the spittle towards the person on my right. When she complained, I unapologetically told her to channel her grievance to God because He sent the wind. I slept through all the lectures and didn’t join any groups. I was too fixated on returning home to Lagos that I decided to be numb. I found a routine that worked just fine. So I went through the days and nights without emotion. I think the only time I showed any emotions was when the redeployment list was released and my name was not on it.

Long story short, I survived my three weeks in camp, made a few friends and a lot of enemies, but I survived anyways. And so while for some, the three weeks in camp was the best of their lives, it was the worst for me. I lived in my own space and time. I lived by my own rules and routine, when I could have been absorbed in the space and time I was in.

In life, most of us spend our days trying to reach the end in one piece. We always seem to have it all planned even before we start – when we will leave school and start work, where we will live, when we will start our families and all the tiny details of our lives – forgetting that it each person’s journey has been mapped out by the same Hand that made everything. So when things don’t quite follow our agenda, we feel sad, betrayed, hopeless and lost. The beauty of life isn’t quite getting to the destination, it’s the ride that counts. The unexpected stops, the people who get off so the rest of us can continue on our paths, the ones who join us on our way,  the detours, the speed bumps –  these are the things that make life what it is.

There’s no question that life throws us curve balls, some of them hitting us square in the face and knocking us off our feet so bad that we want to stay down and say ‘woe is me’, but life is too short to stay down for too long.  And except you are Solomon in the Bible whose battles had been fought for him,  we all have our struggles.  Only when we learn to embrace the curves and detours and lose our own maps will we be able to fully absorb the beauty of life. Life itself is not the station, it’s the train ride.

Some days I think that my own life has had too many stops and detours.  But then I know that God is writing a masterpiece, and He only let’s me see one chapter at a time. So the suspense, and the twists and turns are all in the plan, and I’ll enjoy each chapter in the meantime. He doesn’t write boring stories.

I still believe in Happy Endings. Do you?