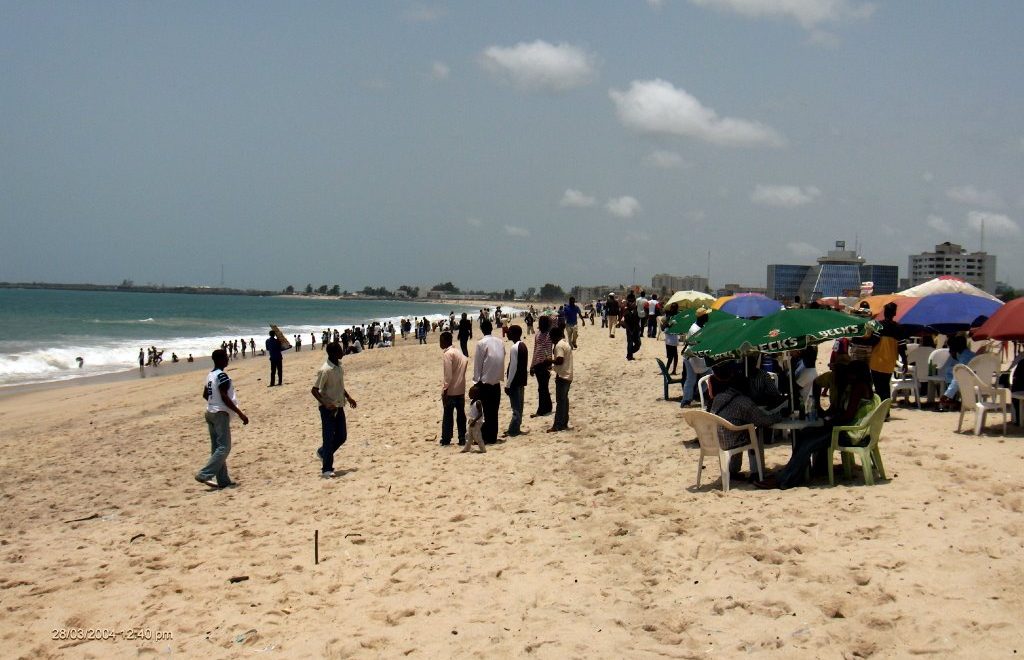 I hate Lagos. I know. I always say “Hate” is a strong word. But tell me, what emotion do you feel when you are smothered in the midst of fifteen million people- the mix of odours (and fragrances once in a while), the noise of people, every one of them trying to find his voice, the false airs, the religion, the vice, and the ghetto.

But Lagos is my city, and I probably would not survive elsewhere. I did a few days in what used to be Yobe and I felt like a fish out of water. Abeokuta is sleepy, and Ibadan well, there are no words to describe it. But I know the rhythm of Lagos. I can travel Lagos with my eyes closed. I sleep off in the bus knowing when to open my eyes. I know how the water at Leventis smells, it’s fishy and nauseating. I know when CBD will raid the roadside traders at Idumota. The potholes in Ikeja tell me I’m almost at work. I know everything- Ojota smells like the huge refuse dump that it is, Mile 12 has the permanent smell of rotten tomatoes and now Ikorodu is one huge cloud of dust. Every evening, at my bus-stop I can see from the corner of my eye when an okada man stretches out his hand to tug at my dress. I know how many inches to move without bumping into someone else. I have been doing this since I was thirteen when I started going to school on my own. I have mastered the art of keeping a straight face when I hear lewd comments about my ass. I know this city. I own it, but sometimes, my Lagos likes to spring surprises on me.

I have seen naked men before, but on the street, a street inside Lekki Phase One. He is dark black, but he is crying so much that he is red in the face. At first I think he is a lunatic, but lunatics don’t attract crowds in Lagos, they are a part of our mix and the lines are blurred. I want to know but I do not want to stand and watch.

I have heard learned to stop watching roadside shows since I was young. One day my mother asked my sister and an older cousin living with us to go buy food stuff at Oloosa market. They stopped to watch a travelling magician, one of those whose outfits was somewhere between a Priest’s Soutane and an Indian Lord’s outfit. I have never seen an Indian Lord but I see the pictures in Molue buses. I don’t know how long my sister and cousin watched the show for, but I know they got home late that night, without the foodstuff. Later that night, over their wails while my mother beats them with an electric cable, I hear my mum telling them that people’s body parts had been removed and their destinies stolen, while they watched roadside magic shows.

Well, back to the naked man before me. Since I cannot stand to look, I slow my pace and put my ears in antenna mode. I learn that he is an okada man who is trying to evade arrest. He has stripped himself naked and started to shit and curse the police simultaneously. Of course, men are gathered around him, trying to cover him and then it occurs to me that if it were a woman who was naked, they would be taking pictures on their phones. I have always doubted Sigmund Freud’s Penis Envy theory and I am reminded once again that it is Lagos men that have a Breast Envy Syndrome.

I certainly do not envy his Penis and I still feel violated.

I should go for confession this Saturday.

Every time people ask where I live, I smile and just say casually “I live on the Island” in my most unassuming voice. And then I pause, let it sink in, and wait for the response. For those who know the Island well, they ask “where on the Island”. I say Lekki and when they ask if it’s Phase 1, I say before Chevron. Saying I live “just before Chevron” makes me sound a little more bourgeoisie. Igbo-efon sounds local, and it is, by most standards. Every time I tell people who don’t live on the Island that I live on the Island and they  say “Gbogbo bigz girl” or “Island big girl”, I inwardly want to slap them and knock their front teeth out. Do they know how far I have to roll up my trousers because of flood? Do they know how far away my landlady parks from the house because her car engine has “knocked” one too many times? And how annoying it is when the kids on my streets that play with rubber bands and old Dunlop slippers come to knock on my gate because their “shoe fly into your yard”?

The people here also seem to smoke a different kind of weed. Once, the young man beside me in the bus was peering in my phone as if it were a shared resource. Later he had the guts to tell me that he “just want to be a friend”. The other day the driver of the bus I took home was driving as though he was driving a refuse truck. When a LASTMAn jumped into the bus to arrest him for reckless driving, he simply drove us into the Police station, parked the Vehicle and walked to his desk behind the counter. I simply picked my stuff and left.

The pattern of craze is unpredictable.

Today I am at one of those exhibitions. It is a photo exhibition, one of the things that come with Mega-City Status. I know the crowd- young, middle to upper class and upwardly mobile- the ones who went to private schools or who schooled abroad. They speak a blend of the accent they pretend they are trying to lose and Nigerian Queen’s English and they all act like they went to Finishing School. I have never been to “overs” but I can fit in well. I am already dressed the part, I know this pattern well. “Table” becomes “teibl” and I say “yea?” and “basically” more often. I say “Oh my days!” with my eyes wide open because it is more believable. I hug a few people and they ask what perfume I am wearing and if my eyelashes are real. We talk about Drake’s new album and 15 karat Lorraine Schwartz diamond rings.

The Bar Beach is a stone’s throw away. I haven’t been on those flea-ridden horses since I was a child and the thought is suddenly appealing. Alcohol is cheap and vice is norm there. The white garment churches are there too. I imagine wearing a transparent soutane and throwing my ass around with reckless abandon. That’s the Lagos that fascinates me, not these nasal conversations and matte photos. My nose is twitching and I want to poke it. Someone asks why I’m smiling to myself and I say the pictures are so beautiful.

In my head, I am singing “Alomo Meta”.